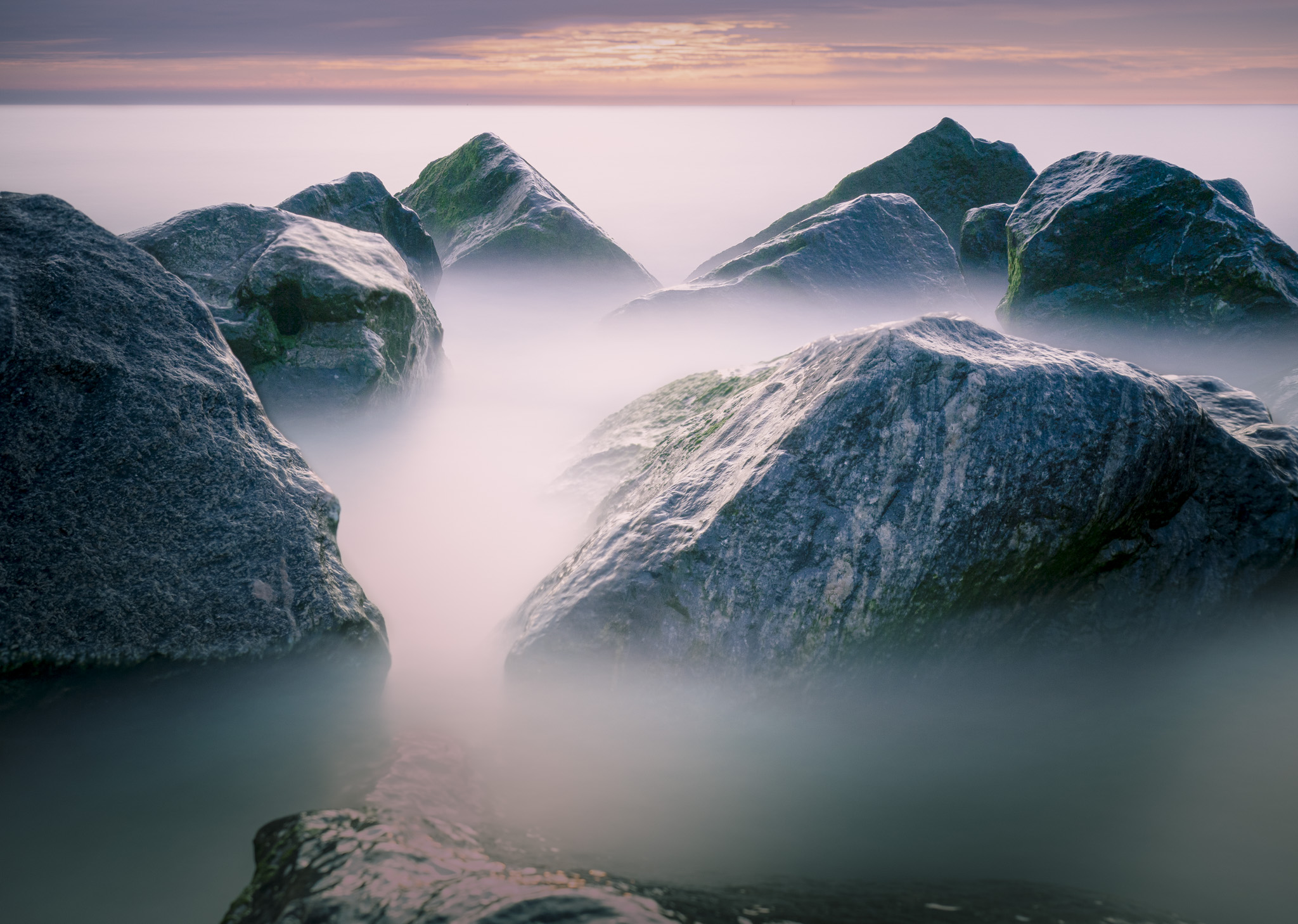 My image of sun rise over the sea and rocks at Caister beach is not the photograph I’d set out to make. A couple of people have asked about how I made it. So I though I’d write about, frankly, all the things that went wrong making this photograph.

I made this photograph for the week 31 challenge at 52Frames, which that week was water. The plan was to make a long exposure image of the crisscross sea defenses at Caister beach. I thought it could be good to get some pre-dawn / blue hour colours. 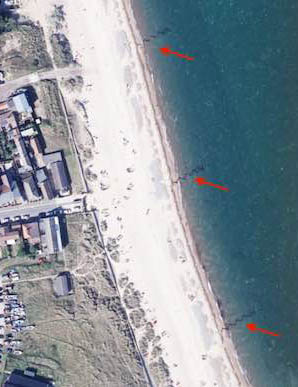 I used PhotoPills to carefully plan where I needed to be to get the sun rising in just the right place, I checked the tide tables and set off at 4:30am.

However, despite my careful planning, I’d failed to realise that the tide needs to be out for the sea defenses I’d intended to photograph to be visible. I was met with a flat, featureless, sea. It was a lovely sun rise, and I had the beach to myself, so I resigned my self to taking a dawn walk and watching the sun rise.

But just as the sun was coming up, I spotted a collection of rocks about a mile up the coast. It occurred that they might make a good subject. As the light was changing rapidly I didn’t have much time, so I hoofed it over the soft sand as quickly as I could.

I set up my tripod as I was catching my breath, and fired off a couple of quick tests shots to get a sense of my composition. Unfortunately the soft wet sand meant my tripod kept sinking, as I was planning a long exposure this was no good. So, despite wanting to stay dry and having no change of boots, I waded in so I could steady my tripod on the rocks.

Sometimes you have to suffer for your art

The plan was to use my Lee Seven5 Big Stopper, which is a 10 stop neutral density filter, to smooth the water. The was some spray kicking up from the rocks, giving me the chance to make a kind of misty image.

My camera (Olympus OM-D EM-1) has a great feature called ‘live time’. This is a bulb mode, but that shows you the image building up on the screen, and crucially the histogram. This means I could open the shutter and watch until the histogram showed good movement away from the far left. This gave me a first exposure of 140 seconds at f/5.0.

I got the desired effect with the sea, but the sky was completely blown out, so I added a 0.9ND grad to bring the sky down.

I was very aware of the light changing rapidly and having to work fast. This is not easy when every exposure is 140 seconds. My camera takes a second noise reduction ‘dark’ frame of the same length - making each exposure almost 5 minutes. So I reckoned I had one more go before I lost the nice light altogether. I felt rocks lacked detail, so for my final exposure I added a circular polarizer to my filter stack to cut through the water and bring detail up a bit.

Back home I bought the two images into Lightroom, and edited them as layers in Photoshop. In Photoshop I auto aligned the two layers, then applied a fully black layer mask to the second, short exposure image. I used a soft brush with high opacity to gently ‘paint’ back in the layer mask to bring back the detail on the rear rocks. Once done I saved and returned to Lightroom.

After that it was mostly just a matter of straightening the image (in my rush I did a bad job of getting a straight horizon), adjusting white ballance and dropping exposure across the bottom third of the image to remove attention away from the horrible big lump of rock in the foreground.

I made a print on Hahnemüehle Glossy FineArt Perl paper. Soft proofing showed I needed to brighten the image by around 15% before making my print. I printed A3 with large ish borders and made a 500x400 ice white mount which I think works well with these colours.

As I was leaving and before I slogged back to the car, through the sand and with wet boots, I actually made a second image. I think is OK, but not as strong. I feel the rock on the right lends too much ‘visual bulk’ to that side of the image. 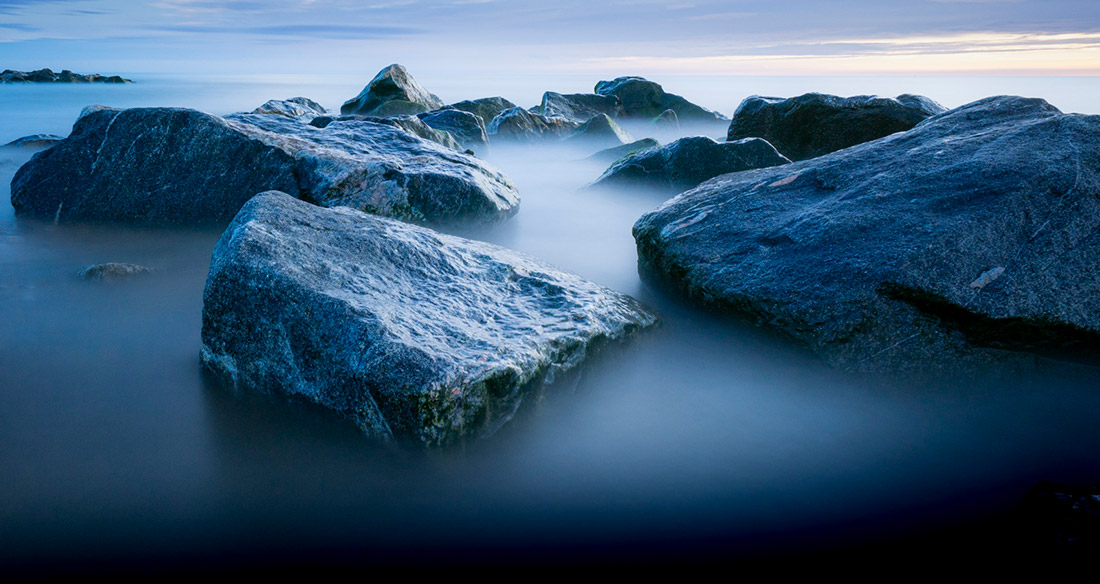